WWDC 2010: Hosting 30 million minutes of daily activity, no one else is operating at our scale says ngmoco's Neil Young 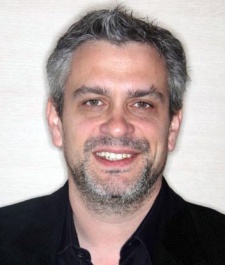 June 12th, 2010 - 12:18am
By Jon Jordan, Contributing Editor
With rumours about Apple's Game Center social gaming platform slowly leaking out, one of the key topics of WWDC 2010 has been talking to the current social technology providers to see if any will comment about its impact.

Neil Young, CEO of ngmoco was more than happy to talk about competition between his technology Plus+ and rivals such as OpenFeint and Scoreloop however.

One touchstone in terms of which company is perceived to be the market leader is the number of users it has signed up to its system.

There's plenty of variance in terms of exactly what constitutes a user, especially an active user, with many gamers having multiple accounts across the different platforms.

Another issue that OpenFeint, which is presumed to be the market leader, and certainly is in terms of the number of supported games - is the only company to regularly announce its total - currently 25 million.

But Young begs to differ. While arguing that counting individual device UDIDs registered on a platform isn't a useful measure of success, he's happy to get into that fight, albeit without quoting numbers.

"We have way more UDIDs than our competitors," he says.

Plough the fields and scatter

In terms of providing proof, he switches focus, talking about the company's standout success, the online free-to-play social game We Rule.

"The average daily play time is 55 minutes," he states, adding the number of times people play per day is heavily dependence on how many friends they have in-game.

Players starting out without any friends do around 3.5 sessions per day, which rises to 6 or 7 sessions per day for 11 friends, and over 16 daily sessions for those with more than 20 friends.

Spread across all of ngmoco's social titles - We Rule is the biggest, but there's also Touch Pet Dogs and Eliminate amongst other - the company's daily playtime total is now 30 million minutes.

And it's this that leads Young to predict that despite the forthcoming release of Zynga's Farmville game on iPhone, ngmoco will remain the App Store's most significant social publisher.

Bluntly put, "No one else is operating at our scale," he states.