Distribution and marketing on offer 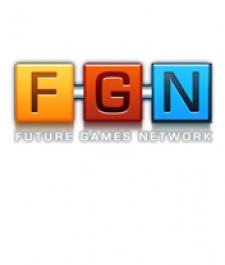 The appropriately named Future Games Network intends to provide services in all areas bar publishing, including both distribution and marketing solutions.

Hands on, hands off

The developer has been able to foster success of its own with iOS releases such as Hungry Shark, Pool Club and Snooker Club - experience it now believes it can put to good use.

"We'll essentially be acting as agents, not publishers, allowing our developer partners to retain and control their IP rights and responsibilities," said MD Ian Harper.

"The aim of FGN is to support our partners' fantastic games with heavy promotion that would be prohibitively expensive by other means."

Using the network is free upfront, with FGOL taking a cut of sales, minus what it calls "legitimately incurred costs such as marketing, porting, etc".

The first game to be delivered with the help of FGN will be 8linQ's Say What?! - a social music based game due to launch on July 20.

"The key now is to ensure Say What?! is experienced by as many people as possible," said joint 8linQ MD Chris Lee.

"This is where FGN stepped up and are proving to be fantastic partners with their guidance, support and knowledge."

Developers looking for more details regarding FGN can visit the network's website.