Windows Phone 8 OEMs doing fine on their own says Microsoft

No need for first party device 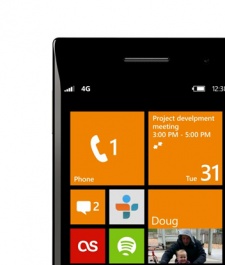 July 5th, 2012 - 11:49am
By Keith Andrew
Microsoft has no plans to launch a first party Windows Phone 8 handset, claiming manufacturers are delivering devices that are more than up to scratch.

That was the response of Windows Phone senior product manager Greg Sullivan when asked whether the launch of Surface was a sign Microsoft would make a similar move with its mobile OS.

The difference between the two strategies, however, appears to centre around the competence of the devices being served up by OEMs.

When asked whether this meant Microsoft was less pleased with the Windows 8 tablets being delivered by many of the same partners, Sullivan admitted it was a "reasonable conclusion" to assume those working on the OS weren't happy with the level of 'excitement' said devices were likely to generate at retail.

Surface, it's claimed, is designed to accelerate the Windows 8 tablet market and encourage manufacturers  a strategy Microsoft has entertained with "mice, soundcards, and lots of other products in the past."

Both Windows Phone 8 and Surface are expected to launch this autumn.