Set up by four Finnish veterans, the gaming start up is based in Singapore and has just raised a $2.9 million seed round led by Nordic outfits Creandum and Lifeline Ventures.

No doubt, the process was aided as president Henric Suuronen is himself an angel investor, including in Finnish game developer Grand Cru.

He also used to work at Digital Chocolate, as did Ilkka Paananen, who as well as running Supercell also happens to be one of the three principals at Lifeline Ventures.

Anyhow, as to what Nonstop Games will be doing with that $2.9 million, it's currently got its first proper release - three race-based strategy game for iOS/Android Heroes of Honor - in beta.

It offers 'a city management mode and a new revolutionary real time battle map shared with thousands players around the world', so sounds like Clash of Clans on steroids to us. 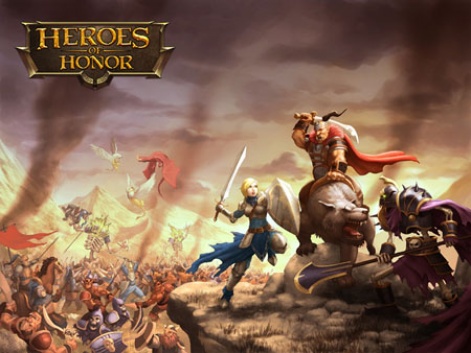 The company will also expand, setting up an office in San Francisco for marketing and user acquisition.

"We are extremely excited to be supported by world class investors in our mission to build the next generation of free-to-play games for touch devices," said Nonstop CEO Juha Paananen, who to compound the incestuous nature of the deal is Illka Paananen's brother.

"We've been extremely excited about Nonstop Games since our initial investment in 2011 and we think they are building something revolutionary with their new game," commented Lifeline Ventures' Petteri Koponen.