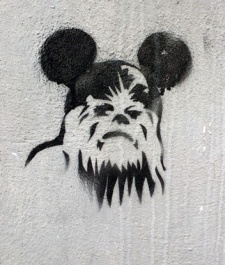 April 4th, 2013 - 11:43am
By James Nouch, Staff Writer
Following its $4.05 billion acquisition of Lucasfilm and accompanying properties in October 2012, Disney has shut down in-house game development at LucasArts.

LucasArts will now serve exclusively as a licensor, farming out game development duties to third-party studios.

"After evaluating our position in the games market, we've decided to shift LucasArts from an internal development to a licensing model, minimising the company's risk while achieving a broader portfolio of quality Star Wars games," said a Disney spokesperson in a statement to GameInformer.

Immediately following the Lucasfilm acquisition last year, Disney CEO Robert Iger was already suggesting that he had a different approach in mind for games based on Lucas properties.

"We're likely to focus more on social and mobile than we are on console," Iger told investors. "We'll look opportunistically at console, most likely in licensing rather than publishing."

As such, the shift is unsurprising. It is, however, bad news for staff at LucasArts  Disney has confirmed that the change will results in layoffs across the organisation.

"We are incredibly appreciative and proud of the talented teams who have been developing our new titles," Disney added.