Microsoft hints at cross-platform play between Xbox One and smartphones 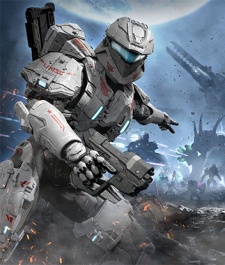 Hinting at closer ties between games on Xbox One and smartphones, Microsoft's head of studios Phil Spencer has claimed the "future of gaming" lies in cross-platform play.

Spencer made the comment in an interview with Australian site Ausgamers, with the Microsoft man speaking candidly about mixing mobile and console gameplay with Microsoft's Halo franchise.

According to Spencer, the links between Halo: Spartan Assault  Vanguard's original Windows Phone and Windows 8 release  and Halo 4 on Xbox 360 are just the start.

Toe in the water

"This connected ecosystem across all the different devices is definitely where I think the future of gaming is going," detailed Spencer.

"You don't have to do it as a developer, but you have the capability and I think a system like Xbox Live across all those screens where you know who someone is and who their friends are."

Historically, Microsoft has only dabbled in cross-platform play.

However, recent releases like Skulls of the Shogun - which launched simultaneously for Windows Phone, Surface, and Xbox Live Arcade  indicate that Microsoft has a keen eye to the role of cross-platform play in the upcoming console generation.

And with good reason. Rival console magnate Sony plans to integrate cross-platform play day one of the PS4's launch, making sure that - in theory, at least - all PS4 games can be played remotely on a PS Vita.

When asked directly if Microsoft would allow direct cross-platform play between Xbox and a PC, Spencer reportedly smiled and quipped, "I'm not allowed to leak things. But I think what youre talking about makes a lot of sense."