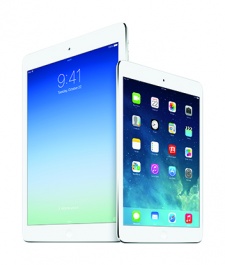 Apple's Phil Schiller dubbed iPad Air as the "biggest innovation in iPad yet", with the new device  dubbed the "lightest full-sized tablet in the world" and set to launch across the globe on 1 November  featuring the A7 chip equipped in the latest iPhone.

"When you hold it, it has a dramatically different feel to every other iPad," detailed Schiller at the event, also lifting the lid on the tablet's starting price of $499.

Interestingly, Apple is to can the existing 4th generation iPad in favour of the now two-and-a-half year old iPad 2, which will continue retailing at $399.

Coupling the Air, however, is a revised iPad mini  starting at $399 - which for the first time features a 7.9-inch Retina display.

Importantly, it'll also display the same number as pixels as the Air, allowing apps to be standardised across both devices.

Apple will also continue selling the original iPad mini, with Tim Cook revealing the price is to be cut to $299, making it the "cheapest iPad we've ever sold."

"Everybody seems to be making a tablet  even the doubters are making them," said Cook of the competition.

"But what's important is, iPad is used more than any of the rest  and not just a little more, a lot more. It's used over 4 times more than all those other iPads altogether.

"When you make a great product with a great experience, this is how you know it  people use it."

Arguably of most interest, however, was the sheer number of times Cook made reference to Apple's competition, taking pot shots at Google, Microsoft and various others during the course of the presentation.

Also key is Apple's continued focus on China. While iPhone 5C may not be setting the world alight, the company was keen to point out that, for the first time, iPad Air will launch in China at the same time as it does other major territories around the globe.

The $299 first generation iPad mini, however, may make the most inroads in developing markets, serving as valid competition to the cheaper Android tablets for the first time.

In all, Cook revealed 170 million iPads have been sold to date, with 475,000 iPad-specific apps available on the App Store.

Reply
Keith Andrew
I don't mind lighter, but thinner actually puts me off. My favourite iPad form factor was actually the original, mini aside. Ever since iPad 2, they've felt like they're going to tip out of my hand - had a friend who actually scratched his iPad 2 that way. It landed up against his wall and then slipped all the way down.
Posted 8 years, 8 months ago 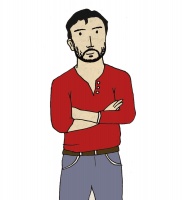 Reply
Dave Mitchell Founder at Two Tails
Funny, I coined the term iPad Air when the iPad mini was rumoured, thinking they would position that as the "lightest tablet in the world".

But it's needed. The old generation iPads were far too bulky compared to the younger cousin mini.
Posted 8 years, 8 months ago