Get Pirates of the Caribbean and Cars for free 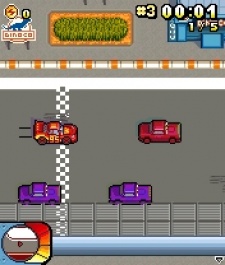 February 15th, 2008 - 12:23pm
By Stuart Dredge, Contributing Editor
One of the more intriguing announcements at this week's Mobile World Congress was Disney's launch of its Disney.co.uk portal for mobile phones. It'll have up to 60 mobile games available, and advertising will reduce the price of many of them.

"The business model on the portal will be some ad-wrapped free games, some mid-priced games, full-price games, and then a subscription service," Alan Welsman, European marketing director for Walt Disney Internet Group, told us at MWC. "The truth is, we need all of them, although the subscription service isn't live yet."

The portal can currently be accessed by texting Disney to 83335 or typing www.disney.co.uk into your mobile browser, although Welsman says Disney is keen to also make it available through links from operator portals, when possible.

Currently, Pirates of the Caribbean and Cars are being offered for free, while newer titles like Bomberman 2008 and Townsmen 5 are being sold for £3  complete with Pocket Gamer's review scores on their product pages to help you decide what to buy.

Context to the launch of the portal is provided by a controversy last year, when Disney was rapped by the UK's Advertising Standards Authority, which claimed it didn't make the prices of mobile games clear in its print brochure adverts for mobile games.

Although Disney has always maintained that it's targeting families, not just kids, ad-wrapping mobile games at least brings down the price, answering concerns that children are being encouraged to spend £5 plus data charges on mobile games.

Of course, putting advertising in games that kids may download could be a touchy issue itself in the months ahead, so we'll have to see how that turns out.

Meanwhile, Disney has announced a stack of new mobile games heading our way. They include Lego Bionicle Defenders, which blends Lego's Bionicle range with the popular web-game Tower Defenders.

There's also PK  Phantom Duck, which focuses on Donald Duck's superhero ego in a platform game with puzzle mini-games. Later in the year, there'll also be Narnia Prince Caspian, based on the CS Lewis book.