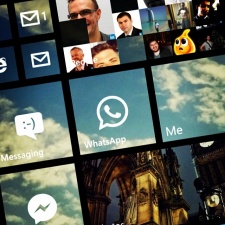 What do you get when you invite gaming professionals to think, drink, and party in the name of the mobile industry? A Pocket Gamer Mobile Mixer, of course.

Taking place at 111 Minna in San Franciso, which some of you may recognise as the home of Pocket Gamer's recent GDC Big Indie Pitch, the night was overflowing with panels, networking, and mobile chatter.

Perhaps due to the impending arrival of Windows Phone 8.1, the biggest talking point of the night was undoubtedly Microsoft's maturing mobile platform, and the opportunities it affords developers.

Many were mulling over Windows Phone's rise to prominence, highlighting how the platform has gone from being the black sheep of the mobile family - the one that only gets invited over at Christmas - to one of the industry's biggest players, with the general consensus being that Windows Phone is no longer the "other" platform.

Our expert panelists were also quick to emphasise that Windows Phone should be the platform of choice for smaller developers looking to make a mark, largely because smaller firms can compete with the CPI on Windows Phone, while the ability to pick a payment provider also makes it the most open payment platform.

Those partaking in the evening's tomfoolery will have probably spied a photographer taking pictures throughout the night.

Well, we've got the snaps right here, but before we hand them over we want to say a big thank you to our featured panellists and sponsors Fortumo, who between them helped make the night a roaring success.