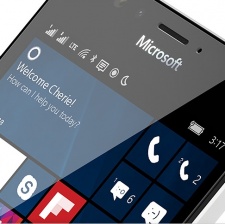 Microsoft is no longer developing features or hardware for Windows Phone.

The news came via Microsoft VP for Windows 10 Joe Belfiore on Twitter, who said that while it will continue to support the platform, now known as Windows 10 Mobile, with bug fixes and security updates, building new features and hardware was not a focus for the firm.

He added that the company had tried “very hard” to incentivise app developers to release on Windows Phone, but that the volume of users was too low for most companies to invest in it.

The news isn’t particularly surprising, though Microsoft has never officially made a statement about the state of Windows phone in recent times.

The last operating system under the Windows Phone name was released in April 2014, replaced by Windows 10 Mobile in 2015.

Microsoft had made a big play for the mobile market with the acquisition of manufacturer Nokia for $7.2 billion in April.

But the purchase failed to gain the company a strong foothold in the highly competitive sector for either its hardware or its OS. Microsoft wrote off $7.6 billion – more than it cost to buy Nokia, to cut 7,800 jobs and restructure its mobile plans.