Surface Pro 3 manual lets cat out of the bag 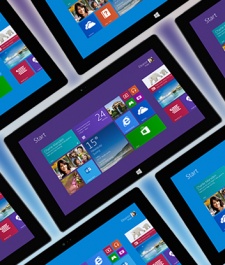 Microsoft has accidentally confirmed it has a new mini tablet in the works, with the manual for the firm's recently unveiled Surface Pro 3 frequently making reference to a smaller sibling.

As detailed by The Verge, the Redmond giant is yet to officially lift the lid on a supposed Surface Mini, though reports have previously suggested plans for it to make its official debut at Microsoft's New York City event back in May were scrapped at the last minute.

As a result, it had been feared Surface Mini would never see the light of day, but the official manual for the Surface Pro 3 – recently published online, but now seemingly pulled – makes frequent references to the device.

"You’ll pair your new pen with Surface Mini a little later during setup," reads one section on the Surface Pen, with other references made in relaton to using One Note and Windows 8's rotation lock feature.

Microsoft is yet to comment officially on the slip-up, with commentators suggesting its appearance in the manual doesn't mean a release is forthcoming.