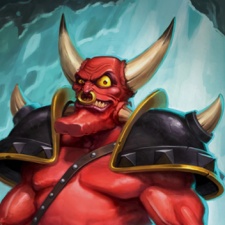 A direct email campaign from EA for its mobile F2P game Dungeon Keeper has been found to breach the UK's Advertising Standards Authority code for misleading advertising.

Following one complaint, the ASA investigated the email advert, which also contained the screenshot of what the ASA described as a "well-developed dungeon".

In its defence, EA provided information that all features of the game were available without players paying any money.

Indeed, it also provided data showing that "non-spenders were well represented in the number of players who reached the middle and end-points of the game".

And it stated its belief that Dungeon Keeper's  mechanics were "well within the average length and frequency for the market".

Despite this, the ASA concluded that while the game could be played without spending money, from the information provided in the ad, players would find their ability to progress in the game to be hindered by "unexpected and excessively onerous delays".

"We therefore considered that the length and frequency of these countdown events was beyond that which would be reasonably expected by players," it stated.

In this manner, the ASA said the ad was misleading on three counts, because it did not make the role of IAPs clear.

The result of the ruling is minimum, however.

EA can't run the advert in its current form and must ensure future ads make clear the "limitations of free gameplay and role of in-app purchasing with regard to speeding up gameplay".