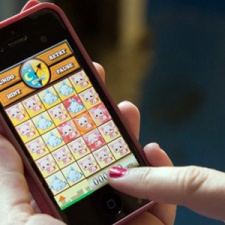 Self-reported surveys aren't the most scientific way to approach any subject.

Yet, with that caveat out of the way, there are some interesting findings from a survey of 3,264 US gamers carried out for US industry body the Entertainment Software Association.

It suggests that a third of Americans aged 13 or over play mobile or portable games, but that two-thirds of them say that playing mobile games hasn't negatively impacted the time they spend on console games.

Indeed, 42 percent say that they've bought a console, handheld or PC game because they enjoyed the mobile version.

The ESA survey - entitled Mobile Games: Expanding Gameplay Across America - also suggests that mobile is a gateway drug to other forms of gaming, with 22 percent of mobile gamers either not previously classifying themselves as gamers or being lapsed gamers.

In addition, prior to playing on mobile, 46 percent of mobile gamers called themselves occasional gamers.

"Consumers want the ability to play anywhere. Our industry continues to anticipate and meet consumers' expectations by finding new ways to engage users across multiple platforms."

Puzzle games were the most popular genre (43 percent played them), while 50 percent of mobile gamers said word-of-mouth was the most important discovery tool, compared with 25 percent for social networks.