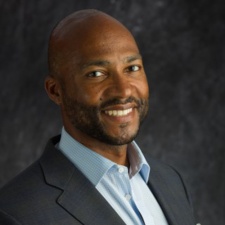 That's according to its 2020 Essential Facts report for the industry, in which it says that over 214m US citizens play games out of a total population of around 328.2m. 21 per cent of US gamers – or 46m people – have disabilities.

79 per cent of gamers say that playing is relaxing and relieves stress, while 80 per cent believe that they provide mental stimulation.

49 per cent of US gamers play on PC, coming in behind games consoles and phones, which take 52 per cent and 61 per cent respectively. Casual games are the most popular genre, racking up 71 per cent support, ahead of action games – 53 per cent – and shooters, which were played by 48 per cent.

"The release of the 2020 Essential Facts About the Video Game Industry comes amid a global pandemic that has required each of us to change how we interact with one another," wrote the ESA's CEO and president, Stanley Pierre-Louis (pictured).

"Everyday greetings have given way to 'social distancing' and 'stay-at-home' orders. Yet, through it all, video games have become an important touchstone for keeping audiences around the world connected while staying at home. Now more than ever, it has become clear that video games impact people’s lives in meaningful ways beyond the intrinsic joy of playing."