Setting out its ten year goal 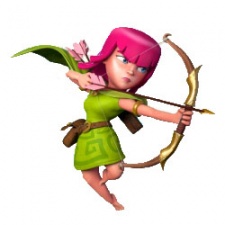 Recent surveys have found that women now account for 52 percent of the gaming audience, so it makes sense that the industry itself should boast a similarly even gender split.

Women In Games Jobs (WIGJ) is a network open to both men and women.

Today the organisation announced that its core objective is to double the number of women working in the UK and European games industries over the next decade.

Traditionally a “girl gamer” in popular culture has been seen as the odd one out; something where it shouldn’t be; the unexpected item in the bagging area.

Recent years have heralded a shift in that perception, and by 2025 WIGJ hopes to have banished it altogether.

"But we should not assume that this will solve the current gender imbalance without the industry doing more to welcome a more diverse workforce.

“The games industry in the UK and Europe is keen to do more and we are here to help.”

The organisation recently reviewed its strategy with a group of interested parties including Ukie, TIGA and STEMNET and representatives from several publishers and has identified a layer of initiatives that will be revealed in the coming weeks and months to accelerate the movement towards this goal.

You can find out more about WIGJ via its website.