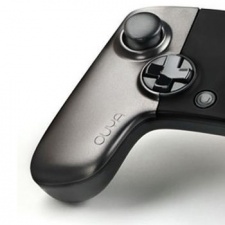 PC hardware and peripherals firm Razer has finally confirmed its acquisition of the unconsole company Ouya, in a deal that has been strongly suspected for some time.

The all-cash deal will see Razer receive Ouya's software assets, as well as bringing the technical and developer relations teams on board.

Razer's motivation behind the acquisition is clear, as it attempts to find itself a foothold in the Android TV gaming sector with Forge TV.

As such, it has no need for the actual Ouya hardware and controller, both of which it has declined to acquire.

Ouya appears to still be selling its devices, and Razer has vowed to support the system's current users - roughly 200,000 in number - by not pulling the plug for at least another 12 months.

"[...] we intend to, out of goodwill (as we didn’t acquire the hardware assets), keep the lights on for their gaming service for at least 12 months,” said Razer CEO Min-Liang Tan, speaking to TechCrunch.

And in that time, Razer will work to win those users over: "We [will] encourage them to migrate to the Razer service which will have a lot more features, new content and new games," Tan continued.

And indeed, Ouya's games and accounts will be integrated into Razer's Cortex TV platform, with Ouya's store relaunched as Cortex for Android TV.

As for Ouya's investors, it appears that the majority have simply cashed out whatever value they have taken from the deal.

However, Alibaba - the Chinese firm who invested $10 million earlier this year - appears to be continuing its involvement as Ouya's operations transition to Razer platforms.

“Alibaba Group is committed to bringing high-quality games and content to our Chinese users," an unnamed Alibaba spokesperson told TechCrunch.

"We look forward to continuing our collaboration with Ouya through Razer."

But regardless, it appears that Ouya - the company whose vision of big-screen Android gaming earned a record-breaking $8.5 million in Kickstarter pledges - has reached the end of the line.