A world without Apple 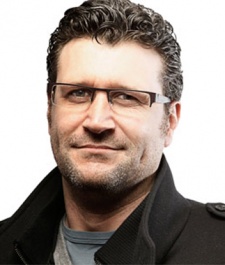 At Pocket Gamer Connects London 2016, Gareth Edmondson, CEO of Thumbstar Games, took to the stage to discuss whether there is life outside the main app stores.

"There's loads of growth left in smartphones," he started, "but obviously it's in emerging markets," pointing to a huge market of pre-paid, feature phones across the globe, particularly in Asia.

But a lot of these emerging markets don't have a strong banking system, or high usage of the banks, which has opened up a market for stores that don't use banks.

"Carrier stores", such as China Telecom, Orange France, and Tracfone USA, bill entire through carrier billing rather than external monetary sources, which bypasses the need for banks.

However, these stores are generally hard to get to, because the carriers control them so heavily and the reach is very local, but if you can get into these stores, you reach a market that is quite largely untapped.

There are also local D2C stores, which are particularly popular in China and other parts of Asia, which sometimes allow for carrier billing, but more important act as a key competitor to the major app stores.

But according to Edmondson, getting your game on these stores is "relatively easy" if it's a premium or ad-only game, and you can release old games on a new store where the game has never been seen.

The revenues are "modest", but they aggregate up to something useful, and a very high quality game can be considered for a buyout.

There is the argument that Google Play does offer carrier billing in some markets, but the store is generally not allowed in the emerging markets, and is only live in 35 regions.

"All this means that this is non-cannibalisatic", says Edmondson, as Google Play's reach is so small compared to other platforms.

Video: How Pollen VC can accelerate your cashflow