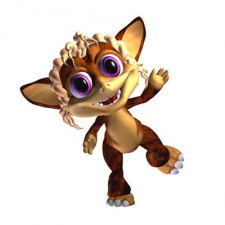 Built on groundbreaking AI technology when it launched in 1996, the Creatures franchise has sold 3.5 million games.

But it's struggled to find its place in the more mobile, or free-to-play market of the 2010s.

That's about to change, though, with Dutch casual publisher Spil Games acquiring the licence from French outfit BigBen, which released Creatures 4 on iOS and PC in 2012.

Spil's just announced that the fully free-to-play Creature Family is in development. Targeting 20somethings, it will be released in 2017.

And in the meantime, it promises "a series of multi-platform teaser games" starting this summer to raise anticipation.

"And this is just the start. You will see a number of significant new mobile games emerging from Spil Games this year."

Spil Games' mobile reboot pays off: it's restating 2016 goal up to 150 million downloads