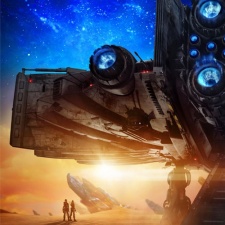 Dutch mobile game developer and publisher Spil Games is developing the official mobile game of the upcoming sci-fi movie Valerian and the City of a Thousand Planets.

The movie, which is in post-production and due to be released in July 2017, is written and directed by Luc Besson - the French director best known for The Fifth Element.

Spil Games' tie-in will be a strategy game for mobile and web that is developed in parallel with the film and launched a few weeks before it hits cinemas.

“People are talking about this film as the spiritual successor to [The] Fifth Element. It’s going to be huge,” said Spil CEO Tung Nguyen-Khac.

"We’re excited and honored to be making the game for Luc and I believe we can really intensify the audience experience around the themes and ideas within the movie.

“It’s no longer enough to make a game that just mimics the movie. Yes, players want to dig further into the story but the game also has to be cool and fun to play in its own right.

"The producers of the New Hollywood understand that a game which captivates its audience can massively amplify a movie brand.”