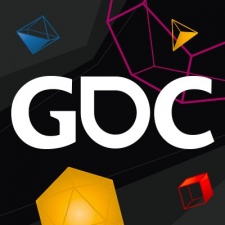 The Game Developers Conference 2017 in San Francisco has wrapped up for another year and is preparing to return in 2018 on March 19th to March 23rd.

GDC 2017 saw some 26,000 attendees at the event, which held 500 different lectures, panels and workshops. 570 companies exhibited their games and services at the conference.

VRDC also returned for its second year running. The event runs concurrently with GDC and focuses on virtual reality and augmented reality, and will again take place in 2018.

"With GDC, we aim to honour the commitment, passion and love that all game creators put into each project, I'd like to think we've done that this year," said Meggan Scavio, general manager of the Game Developers Conference.

"The last few months have seen lots of challenges and changes, but also some truly amazing gameplay and VR experiences. If GDC 2017 is any indication, we should be in for a hell of a year for games."

GDC will return to the Moscone Center in San Francisco for GDC 2018 on March 19th 2018 and run until March 23rd. Submissions for speakers at both GDC and VRDC 2018 are now open.

While not all out Indie Mavens made it to GDC this year, those that did still found value in it. Our Mobile Mavens were there in full force, and have already identified interesting trends from the event.

For more on what happened at GDC, you can read our round-up of all things mobile from the conference here.