Two Candy Crush games in the top 10 revenue generators for January, according to SuperData 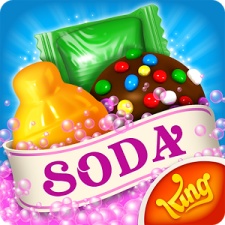 King's Candy Crush Soda Saga made a grand return to the global mobile games chart for top grossing titles after a spell away.

It's a surprise given the original Candy Crush Saga was named the fourth highest grossing game for the month. While the Candy Crush sequels Soda Saga and Jelly Saga have proven highly lucrative, their success hasn't previously been on the level of the original hit.

But King's focus on live operations and events over the past year has helped propel its aging games up revenue the charts once more, making them seemingly as lucrative as ever.

The top 10 highest grossing games worldwide in January 2018 were:

Tencent's smash hit MOBA Honor of Kings has managed to prolong its reign as the leader of the charts, which it topped in December, while Pokémon GO has slipped down one place after a recent resurgence.