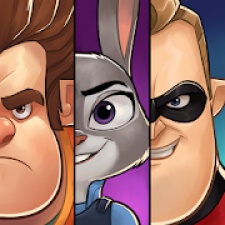 The title will feature Disney and Pixar characters from films such as Pirates of the Caribbean, The Incredibles and Wreck-It-Ralph battling it out in five-versus-five matches.

The game has opened for pre-registration on Google Play and will be available on Android and iOS later this year.

The game is part of Disney’s new mobile strategy that includes close partnerships with Gameloft, Glu Mobile, Ludia and PerBlue.

“We’re excited to be working with some of the most recognisable characters and brands in the world and to bring them together in the new universe we’ve created,” said PerBlue CEO Justin Beck.

“Disney and Pixar have been great collaborators that have shared our vision for creating a fun, multiplayer experience that can be enjoyed by all gamers.”