SpeedInvest leads funding round for the AR and VR advertising platform 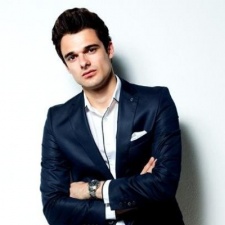 Founded in 2017, Admix provides programmatic advertising solutions for VR and AR developers. These ads are blended into virtual worlds its Unity plug-in, creating ads in formats such as billboards or showing logos on in-game assets. The company currently works with over 100 VR/AR creators.

Admix plans to use the investment to help double its 15-strong team within the next 12 months. Additionally, it will ramp up developer outreach efforts through its online community Admix Academy, which operates VR/AR Pioneers, and serves marketing resources to over 6,000  developers.

The funding round was led by SpeedInvest, with additional investment from Suir Valley, Force over Mass and Founders Factory.

“Today, VR/AR developers have very few options to monetize their content: the few solutions that exist are intrusive and not adapted to VR/AR,” said Admix co-founder and CEO Samuel Huber.

“This creates a lack of incentive for creators, which slows down the industry. Admix aims to grow the industry by creating the infrastructure to power a sustainable business model in VR/AR.

“Our non-intrusive advertising model respects the users, creates a sustainable economy for developers, and enables brands to stand out in a way that is impossible on existing, saturated channels."