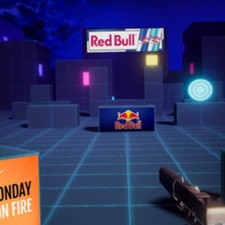 This is the first time AR-enabled ads have been dynamically served into a mobile game.

"The game’s immersive AR gameplay is perfectly suited for this new form of In-Play engagement, and we’re looking forward to the exciting experiences we’ll be able to create for our global community of loyal Reality Clash players," commented Reality Gaming's Tony Pearce.

"The beauty of In-Play protects players’ right to play and nurtures trust between publishers and their audiences, showcasing advertisers’ carefully crafted brands, without any game performance lag whatsoever.”

Admix's CEO Samuel Huber added; "Our proprietary rendering technology has been engineered from the ground up, to insert demanding ad creatives into any 3D environment, such as the incredible AR game worlds present in Reality Clash, which provide the perfect vehicle to showcase In-Play in extended reality environments.”

Admix enables the rapid no-code monetisation of any mobile game through a simple SDK.