For people that hate golf 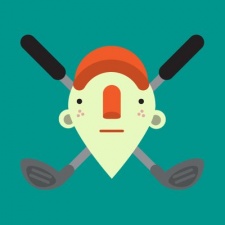 FoxNext Games has revealed that previous Big Indie Pitch winner What The Golf? will be the latest game in its indie development fund.

What The Golf? is a comedic take on the golf genre that sees players swinging anything from toasters to houses. Developed by Denmark-based studio Triband, the title took the crown for Pocket Gamer’s Big Indie Pitch at GDC in 2018.

“We are inspired by what our colleagues at Fox Searchlight have achieved with independent films and endeavour to similarly empower unique voices in games,” said FoxNext Games vice president of external development TQ Jefferson.

“In establishing FoxNext Games’ independent development fund, we set out to curate a unique portfolio of games that push the envelope of creativity. What The Golf? captures this vision fully.

"With its engaging concept, design and hilarious premise, we’re thrilled to partner with Triband, and other like-minded developers to help their games reach players around the world.”

What The Golf? will be released in late 2019 for PC while a mobile version is still in the works.