Tech firm denies claims of wrongful termination and other allegations 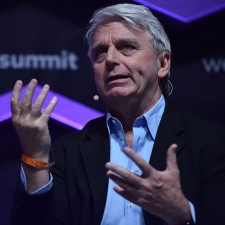 Anne Evans joined Unity in 2015, but was later fired for accepting gifts from a colleague, according to the lawsuit. She has subsequently filed a lawsuit, as described below.

Evans’ suit alleges incidents where Unity CEO John Riccitiello made inappropriate sexual comments and advances toward Evans during her time at the firm. The suit also claims the other men in management "spoke openly about women in a sexual manner, made sexist jokes, and flirted with and pursued sexual relationships with female employees and contractors".

One allegation reads that the CEO would “comment to Evans about how he thought the way she walked was ‘sexy’ and how he could not believe she was a lesbian”.

A further incident is cited, where the Unity CEO is alleged to have invited Evans to join him in Paris to meet the local team, but instead they had a dinner for two. Evans said she again rejected his advances

The next day Riccitiello is said to have told Evans “it would be good for your career if you keep mouth shut about last night”. Despite apparently telling colleagues, Evans did not report Riccitiello’s conduct because she “feared retaliation”.

Further to the sexual harassment allegations, Evans’ lawsuit also claims that certain staff members had improper access to her responses to a company-wide survey designed to obtain employee feedback on company culture.

It’s claimed that these responses were accessed by Unity head of Americas recruiting Natalie Mulay, with whom Evans formerly had a “very brief consensual sexual relationship” with in 2016, and the assistant of chief people officer Elizabeth Brown, Christine Kerr. Evans said she believed the responses were considered confidential information.

Evans reported the conduct to Brown, and the company then started to investigate the incident. In retaliation, it’s alleged that Mulay threatened to “bring [Evans] down” and “accuse [Evans] of sexual harassment”.

The lawsuit then states that those allegations had been made to the Unity team, from which Evans had been cleared of all charges. However, the investigation found that Evans had accepted gifts in the past from Mulay, and that accepting such gifts was against company policy. As a result of violating this policy, Evans’ employment was terminated.

The lawsuit claims that there was no existing policy addressing the acceptance of gifts between employees.

It also alleges her contract termination was "motivated, in substantial part, by her sex and her unwillingness to conform to the company's sexually-charged environment and rejection of sexual advances from the company's CEO".

A statement from a Unity spokesperson notes that Unity “intends to vigorously defend against the false allegations asserted by Anne Evans”.

“Following a third-party investigation that surfaced facts that Evans engaged in serious misconduct and established multiple instances in which she demonstrated a gross lapse in judgment, Unity terminated her employment,” read a statement.

A letter to employees meanwhile claimed Evans had “multiple opportunities to share her concerns about her experiences at the company”.

“As with all of our employees, Anne also had access to a number of objective, confidential resources through which to voice her concerns, including an anonymous reporting mechanism. None of these allegations were brought forth until the filing of this complaint.”

It added: “We take these issues seriously at Unity, just as we did when we learned about concerns involving Anne. We don’t tolerate harassment here, and we have policies in place to address relationships in the workplace. These are issues we discuss with all of you so that you know and trust the resources available to you, and we are committed to continuing to do so. As you know, you can also always come directly to me.”