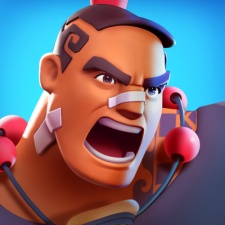 Supercell-owned studio Space Ape Games has announced that its new team-based shooter Rumble League - currently in soft launch - will be closed down in early 2020.

Rumble League sees players battling one another in either real-time five-versus-five matches or battle royale showdowns all while controlling their chosen superstar.

Several modes were available to try including Royale, Payload, Control Zone and Deathmatch. Users could then upgrade their favourite Superstars to unlock new Perks and Ultimate abilities.

Rumble League has been soft-launched on iOS and Android in selected Asian countries since July 9th but will come to close on January 30th, 2020.

“Not an easy decision”

As you can imagine, this was not an easy decision to make,” read a statement from the Space Ape team.

“We set out on this journey to make a fun, competitive game for mobile and we're very grateful for everyone that helped us achieve that. #

"Unfortunately, there were other aspects of the game we thought weren't quite ‘it’ and those were the ones that have influenced this decision.”

Other soft launch games that don't appear to be heading for release include Social Point's Legends at War and Nexon's MapleStory Blitz, both of which have been removed from app stores.

You can check out our full list of soft launch titles here.