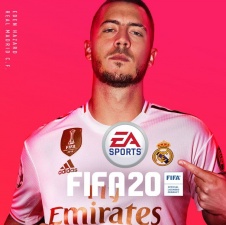 As revealed by EA on Twitter (below), Fenech has been barred from playing any and all EA games, as well as accessing EA services in the wake of a long and very public feud between the publisher and esports player.

Fenech has long been critical about EA and the FIFA franchise and was banned in November 2019 for allegedly threatening employees at the corporation. Following this initial ban, the Twitter accounts of several EA employees were hacked.

This sordid relationship has allegedly continued to happen, with messages crossing "a line of decency into very personal attacks and breach of our Terms of Service," according to EA, hence his new ban.

Electronic Arts has confirmed it will not be appearing at GDC 2020, citing the coronavirus as its reason.