It was released on May 19th 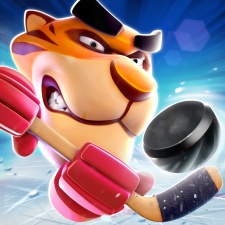 The milestone was announced via LinkedIn. Rumble Hockey was released on May 19th and is the sister title to the football variation, Rumble Stars.

The game involves players pulling together their own squad of anthropomorphic animals to compete in the ranked leagues. However, character selection is only half the battle as players need to be strategic and create combos on the ice to pick up the victory. At PocketGamer.biz, we enjoyed Rumble Hockey so much that we made it our Mobile Game of the Week at launch.

Earlier this year, the ice-hockey inspired game had a short stint in Soft-launch. At the time, it was available on iOS and Android in Canada, Romania, Australia, Spain and Finland.

The Finnish studio took an interesting approach when it came to content creators, as it offered them a 100 per cent revenue share for all the players that they bring to the game for 30 days after it is downloaded.

Recently, we spoke to Frogmind to discuss how they created Rumble Hockey.