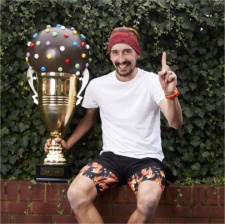 The first winner of the official Candy Crush Saga tournament in the UK has been crowned.

Adam ‘Tango’ Holland claimed victory in the Candy Crush Saga All Stars competition, which ran from September 36th until October 13th. The 33-year-old beat out more than one million other competitors to take the glory.

However, Holland is no stranger to victory as he holds multiple Guinness World Records. One such record is being the youngest person in Europe to complete 100 marathons when he was 23.

“Taking on a game played by so many around the world, and being able to take the win in the UK’s first-ever tournament was something I’d never even dreamed of. It shows real belief and never giving up can always be enough to carry you over the line!”

Developers are inserting "stay at home" messages in their games