As the company makes various layoffs 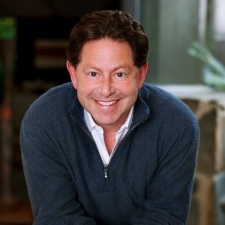 Kotaku reports that the CtW Investment Group has taken issue with the payout, which has been triggered by the Shareholder Value Creation Incentive clause found within the exec's contract.

CtW is a financial organisation with a mission to hold "directors accountable for irresponsible and unethical corporate behaviour."

As per Kotick's contract, he is entitled to all bonuses he has missed in recent years after Activision Blizzard experienced an impressive financial year in 2020. Undoubtedly, its success can be attributed to the ongoing pandemic, which has resulted in increased games spending.

Due to the value being increased for 90 consecutive days, the Shareholder Value Creation Incentive clause has been triggered.

This is not the first time that Kotick has come under fire for hefty pay packets, as CtW spoke out against the exec last year, claiming that Activision Blizzard has "unnecessarily enriched" him.

"While the increase in Activision's stock price is somewhat commendable, as we stated last year and continue to assert, this achievement alone does not justify such a substantial pay outcome for the CEO," said CtW director of executive compensation research Michael Varner in a statement shared by Gamespot.

"There are many factors that may contribute to a rise in this particular company's stock price that may not be directly attributable to Robert Kotick's leadership.

"The use of video games as one of the few entertainment options available amid the COVID-19 pandemic, for example, has been a boon to many companies in the gaming industry irrespective of executive talent or strategic decisions."

The news of Kotick's big payday comes alongside a round of layoffs at the company. Less than two per cent of staff were affected, with just one being from its mobile arm, King.