Deal looks to close for an estimated $320 million 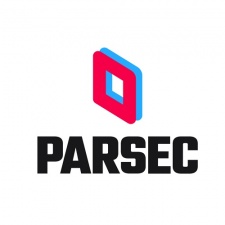 Under the terms of the agreement, Unity will exchange approximately $320 million in cash to take control of Parsec. The proposed deal is expected to close during Unity’s third quarter.

Founded in 2016 by chief technology officer Chris Dickson and CEO Benjy Boxer, Parsec is designed to allow games and creative professionals to work with one another globally.

It looks to offer low latency, ultra-high definition desktop streaming (at 4k pixels/60 frames per second) while providing "rich detail" with the same sampling rate for all images. Next to this, Parsec focuses on privacy, security, quality of life and management tools to support its users.

Headquartered in New York, the company's 'Parsec for Teams' subscription service has grown by 170 per cent year-over-year, with plans to accelerate further in 2021.

Parsec has addressed the unique requirements to support this type of high-performance processing no matter where creators are, showcasing technology that is both highly innovative and prescient. We believe Parsec is a rocket ship and we’re very excited to support their future growth.”

Boxer added: "When Chris Dickson and I started Parsec, we believed Parsec's ultra-low latency streaming technology could allow anyone in the world to remotely interact with real-time 3D content. In the past year, Parsec has empowered the world's most inspiring and creative companies to freely work and play from anywhere, on any device, on their own terms.

The Parsec app is available to download across Android and PC.

Unity Technologies head of publisher operations Emory Irpan recently spoke at PGC Digital where he confirmed that around five billion downloads of apps built within Unity are made every month.

Keeping with acquisitions, Zynga announced that it has purchased Golf Rival developer StarLark for $525 million.