Aims to bring its franchises to players "virtually anywhere" 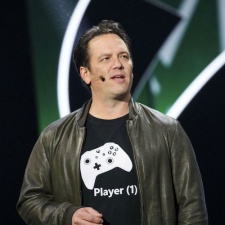 Microsoft has revealed that it has entered an agreement to acquire Activision Blizzard for $68.7 billion.

The tech conglomerate will purchase Activision Blizzard for $95 per share, a premium of 45 per cent of its share price on January 14th, in an all-cash transaction, making it the largest video game acquisition ever.

Microsoft stated that the acquisition will "accelerate growth in Microsoft’s Gaming business across mobile, PC, console and cloud". Furthermore, the firm acknowledged the overwhelming presence of mobile gaming and stated that "nearly 95 per cent of all players globally enjoying games on mobile".

Going forward, Microsoft has expressed its intentions to "empower players" to enjoy its franchises "virtually anywhere they want". The firm has stated that its acquisition of Activision Blizzard’s mobile operations present a "significant presence and opportunity" to grow within the mobile games space.

"Players everywhere love Activision Blizzard games, and we believe the creative teams have their best work in front of them," said Microsoft Gaming CEO Phil Spencer.

"Together we will build a future where people can play the games they want, virtually anywhere they want."

Activision Blizzard CEO Bobby Kotick added: "For more than 30 years our incredibly talented teams have created some of the most successful games. The combination of Activision Blizzard’s world-class talent and extraordinary franchises with Microsoft’s technology, distribution, access to talent, ambitious vision and shared commitment to gaming and inclusion will help ensure our continued success in an increasingly competitive industry."

The deal is expected to take place during the 2023 fiscal year and is subject to regulatory review and shareholder approval. The board of directors from both Microsoft and Activision Blizzard have approved the acquisition.