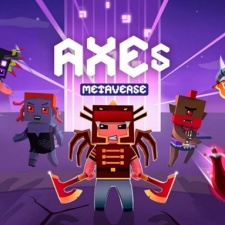 Following the Axes Metaverse’s first round of NFT sales, the play-to-earn project has revealed that it has earned over $4 million.

Developed by Azur Games, Axes Metaverse is a 'Whitepalms Development' project with a blockchain metaverse. Azur Games has previously invested $2 million into the game’s development.

Azur Games commented: "All available NFTs quickly found their owners - public sales lasted no longer than 30 minutes. The very first thousand chests sold out in less than a minute. The recent drop on Binance ended even faster, in just a few seconds.This shows the community’s interest in the project and the lack of NFT games with well-developed gameplay on the market."

Of the 14,000 chests sold during these initial sales, 4,000 were sold at each GAO and the remaining 2,000 were through the Binance NFT drop. At the drop, these were each worth 100 BUSD and contained one NFT character instead of four, with a unique Binance skin.

Axes Metaverse launched its marketplace in March with chests costing 550 BUSD on average. More than 600 transactions were made on opening day, March 9 2022, with trading volume reaching 80,000 BUSD. There were 50 chests reserved for the community, and all chests were sold in under one minute.

A closed alpha of the project is currently being prepared for the first NFT holders.

Wildlife Studios recently revealed that it will be expanding into Web3 gaming by launching on the Avalanche public blockchain, bringing its flagship title, Castle Crush, first.