Naughty Dog shuts down mobile-exclusive Uncharted game after generating only $88,000

Fortune Hunter, the Uncharted game you’ve never heard of, will be taken offline after five years 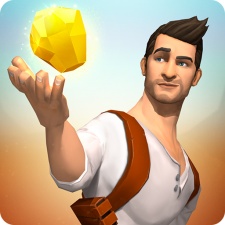 Naughty Dog has revealed that it will be shutting down a mobile spinoff of its Uncharted franchise, Uncharted: Fortune Hunter.

Fortune Hunter was first launched on the App Store and Google Play in May 2016, a week prior to the launch of Uncharted 4: A Thief’s End. The game included over 200 puzzles that players guided the Uncharted series protagonist Nathan Drake through.

Announced via Twitter, Naughty Dog stated that the game has been removed from the App Store and Google Play and has had in-app purchases disabled. Users that had previously downloaded the game will be able to play the game offline until it is removed from devices, however, it is unclear when this may be.

According to Sensor Tower, Fortune Hunter generated $88,000 in consumer spending since launch and was downloaded 1.9 million times across the App Store and Google Play.

The US was where the most revenue was generated and accounted for 16 per cent of overall spending. The UK was in second place followed by Italy in third. In terms of downloads, the US was once again in first place, accounting for 18 per cent of global instals, followed by Russia, and then France.

The studio has not provided a reason for why the title has been taken offline, however, it is likely due to dwindled player numbers and low revenue that are not reflective of the cost of keeping the game online.

According to Data.ai, the game was last updated on June 24 2016, meaning that Naughty Dog has not been actively involved in the game for quite some time.

There was no cross-promotion between the mobile title and recent Uncharted releases including the film released in February 2022 and PS5 rereleases. Paired with the lack of updates from Naughty Dog, this suggests that the launch of the game was only ever intended to promote Uncharted 4 and little more.

Earlier this month, Nintendo announced that it will be shutting down Dragalia Lost after the main campaign concludes later this year. The game was Nintendo's first mobile-exclusive IP and although it performed well at launch it was soon overtaken by Animal Crossing: Pocket Camp and Mario Kart Tour.