The home of Naughty Dog, Respawn Entertainment and Infinity Ward 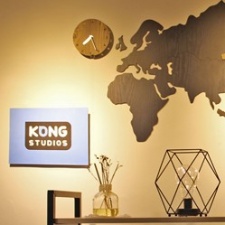 Following its Series B funding round, developer Kong Studios has announced the moving of its headquarters from Nevada to Santa Monica in California.

Santa Monica is home to fellow game developers Naughty Dog, Respawn Entertainment and Infinity Ward, among others, and will be the site from which Kong Studios intends to ramp up its Triple-A game development.

Dungeon Link, the first mobile game by Kong Studios, released seven years ago in 2015 and was subsequently followed by the July 2020 mobile RPG Guardian Tales. The RPG was launched in the US, Europe, Korea and more at the time, ahead of its release in China and Japan in 2021.

Kong Studios’ success in Japan led to it opening a Japanese branch and the company’s Series B round helped it to become a unicorn developer, reaching a valuation of $1 billion. The latest data.ai report, The State of Anime Gaming 2022, stated that anime mobile games generated $17 billion in worldwide consumer spending in 2021, making up 20 per cent of all app store spending.

Expansion of Kong Studios’ IPs and its new headquarters are listed as primary intentions for the company at present, using the funds from its steady growth. For its next title, Kong Studios is planning to develop a 3D sandbox game.

"HQ's move to Santa Monica is a significant start for Kong Studios Inc. It signifies growth of our company into one capable of developing a Triple-A title,” said a Kong Studios spokesperson. "We are planning to actively hire professionals continuously to focus on developing our future title. Anyone prepared to develop a truly special game is always welcome."

Code Coven recently announced a partnership with Facebook Gaming for the second consecutive year to support early-stage developers via the Game Developer Program.