Zynga teams up with Maybelline for in-game advertising 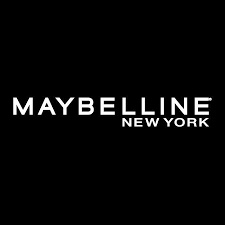 Beauty brand Maybelline has announced that it's breaking into the gaming market through a partnership with Zynga.

Although the beauty industry’s close relative, fashion, has been increasing its profile in the games space, with major brands and models being prominently featured in titles such as Roblox and Final Fantasy XV, cosmetics are still a rarity within the games space.

Through this partnership, Maybelline has become the first cosmetics brand to enter the hypercasual space with its playable ad, Maybelline Mascara Merge. By playing the ad, users will earn points which they can use within the host game.

The ad will appear in the Zynga titles Hair Challenge, High Heels, and Blob Runner.

The beauty brand describes the campaign as a hybrid between in-store ads and mobile games. In addition to earning points within the host game, gamers are given information, video content, and links to the mascara being advertised.

“Games is a unique opportunity for beauty brands to find a target audience in a new space. The game company has partnered with beauty retailers in the past, but after launching new games with a female audience, it paid more attention to partnering with beauty brands. Today, Zynga is discussing future campaigns with other cosmetic brands.”

Zynga has every reason to anticipate success, and further partnerships within the beauty industry. The company’s suite of games attracts 40 million daily active users across 100 games, with 200 million users total. This means that the company could well be an attractive prospect for companies looking for fresh advertising streams.

“Maybelline is getting into gaming. The company has thought if hyper-casual games as an easy entry into the industry.”

Earlier this year, Roblox collaborated with supermodel Karlie Kloss on the Fashion Klossette Designer Showcase. We listed Roblox as one of the top 50 mobile game makers of 2022.