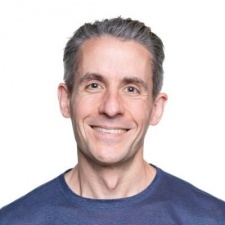 Nick Tornow VP of Engineering for Development ROBLOX
May 25th, 2022 - 11:14am
By Aaron Astle, Staff Writer

He will be leading and scaling one of Roblox’s engineering teams with an emphasis on "empowering the global developer community via tools and technology".

In addition to his former CTO status at Zynga, Tornow has previously worked on Twitter's Platform team, where he was responsible for the social media platform’s technology stack. This encompassed data centres, the cloud, storage, microservice architecture and more.

Twitter scaled to three regions during Tornow’s time with the company.

"I’m thrilled to join Roblox supporting our global community of developers. The company’s long-term vision of connecting billions of people through shared experiences with a strong foundation of safety and civility is compelling, and I am excited to be part of shaping this reality," said Tornow.

Of the decade he spent at Zynga, Tornow’s last five years with the company were spent as its CTO and he helped direct its games from being web-based to mobile and on the cloud.

"Roblox is a company with a deep focus on innovation, and the team here is tackling important and hard technical problems like real-time translation and intuitive, collaborative 3D experience development. With the right technology, we’ll be able to break down historical constraints, unlocking richer forms of human interaction for future generations," he added.

Roblox CTO Dan Sturman commented: "We are incredibly grateful that we are in the position to continue to hire across hundreds of positions, including product and engineering, as we thoughtfully and strategically grow our team at Roblox.

"Today, we are excited to bring Nick on board as we are aggressively investing in innovation and have one of the broadest sets of exciting technical challenges to solve."

Twitter revealed which games were the most tweeted about on the social media platform during Q1 2022 and found mobile games continue to dominate.

Spotify recently unveiled a partnership with Roblox and the launch of Spotify Island, marking its first steps into the amorphous metaverse.