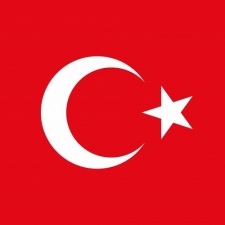 “The mobile game market, which has grown with the increase in the use of smart devices, has been a turning point in the development of the country's game industry,” says İsa Turgut İnci, Deputy General Manager at Technopark. His observation is just one of many included in the Turkish Investment Office’s report on the gaming ecosystem of Türkiye which has seen a major upturn thanks to the country’s thriving mobile market.

A growing globally position market, Türkiye has a foothold on two continents and is one of a number of burgeoning gaming centres where mobile is a sector of note.

The earliest roots of the Turkish gaming industry are in mobile, as noted by the report, which describes how the industry began during the 2000s. Developing using Symbian and Java for early mobile was popular with many startup. Inn particular they point to developer Peak, which shifted from Facebook-based games to mobile with great success. The company was eventually acquired by mobile giant Zynga back in 2020 . It’s clear that the mobile market is no small part of the reason behind Turkey’s growth as a potential future gaming giant.

One aspect of note was the young talent pool of Türkiye and how they drove the adoption of smartphones and thus a fertile ground for growing a mobile gaming industry as well as joining many companies themselves. “The rapid growth of the mobile game market particularly impacted our country very positively, Enes Dişli, Founder of Libra Softworks notes. “With the youngest population in Europe, Türkiye is making a name for itself globally.” He gives credit to a talented and invested young population that is eager to move into the gaming industry, including mobile.

Türkiye is credited as being a fertile ground for investment, with at least five funds focused solely on the gaming industry being founded within the last two years. This indicates a hunger from investors domestically who are seeking to put their money into what is a credibly growing industry. In the face of economic difficulties which can see traditional industries take a downturn, Türkiye’s gaming industry is one of the few that continues to grow in spite of local macroeconomic circumstances. Much of this can be credited to ongoing investment.

The report also points strongly to blockchain technology and strongly suggests this will be the next step for gaming in the country. “[The] Turkish gaming ecosystem needs to reach beyond the hyper-casual gaming category, and explore new models, such as Play-to-Earn and Web3-based gaming initiatives, which have already started to emerge.” Cryptocurrency is increasingly taking hold in Türkiye, so the report is only reinforcing the facts.

Overall, much as in India, all sectors, especially mobile, stand to benefit from a homegrown industry. The benefit of mobile to any market is massive and a country prepared to boost development in this area would be playing to the market’s strength. As İsa Turgut İnci concludes, “Now everyone can play games with their smart devices and the production ecosystem in our country has become a pioneer in the mobile game market with low production costs.”