Subscription-based gaming to reach $24.1 billion by 2030 - mobile is the fastest growing segment

Subscription-based mobile gaming predicted for rapid growth in 2023-30 with 16.8% CAGR 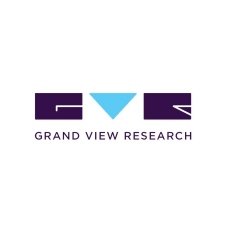 A new report from Grand View Research has delved into the subscription-based gaming market to examine its performance in the global stage.

The report forecasts a 12.8 percent compound annual growth rate (CAGR) from 2022 to 2030, and a 10.4 percent CAGR in the US over the same timeframe. Worldwide, the total revenue for the market is forecast to reach $24.1 billion in 2030. This is attributed to factors such as technological advancements, the increase in the number of smartphones and an increase in demand.

The demand for cloud-based subscription games increased during the pandemic, as consumers worldwide sought out new forms of entertainment. This includes a 200 percent increase in gamers over the age of sixty.

PC dominated the market share in terms of cloud-based services in 2021, with over 50 percent of the market. This is attributed to the wider variety of AAA titles and competitive games compared to other devices, such as mobile phones. However, phones are projected to see the highest growth during the forecast period of 2022-2030, with CAGR of 16.8 percent. Part of this can be attributed to the accessibility and low entry barrier for mobile gaming, with the mobile sector accounting for more than 90 percent of India’s $1.6 billion gaming market in 2021 as just one example of the power of mobile gaming.

Action dominated the market in 2021, with 20 percent. This was followed by fighting and adventure titles. The adventure genre is projected to grow at a rate of 13.5 percent over the forecast period, making it the quickest growing genre.

The report also identifies the Asia Pacific region as having the largest market share of subscription-based gaming, as well as the one with the highest projected CAGR from 2022-2030. This could be due, in part, to this being the largest gaming region in the world, with 55 percent of gamers calling it home.

North America came in second in terms of market share, and is expected to maintain this position with a CAGR of 11.1 percent due to being home to a large number of gamers, major industry players, and the world’s fastest average internet connection.