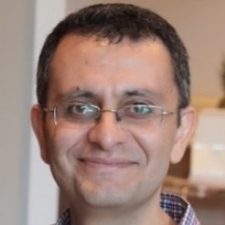 Kaveh Vahdat is the CEO of RiseAngle, Inc. At Pocket Gamer Connects Helsinki on September 11th to 12th he's going to be talking about Publishing on VR/AR Platforms from a Business Perspective.

Vahdat is the founder and CEO of RiseAngle, a San Francisco-based company, with the vision of "Shaping the Future of Immersive Games".

RiseAngle, Inc. is working on both VR and AR titles and has released three VR games to the market so far. Prior to RiseAngle, Kaveh was CMO of Cozymeal in San Francisco, where he grew the company to a leading marketplace in the US

He has 10-plus years of online marketing experience in various industries and has helped a number of different companies grow significantly. During 2003 to 2007, he founded and grew a successful game company that was later acquired.

Kaveh Vahdat: I am the founder and CEO of RiseAngle, Inc. as well as a game designer and producer. As the founder, my work involves setting the vision and strategy, dealing with legal and accounting, hiring, fundraising, and continuous communication with stakeholders including investors, development, and marketing teams. As a member of the development team, I was the conceptual designer for the "World of Mazes - Episode 1" as well as the producer of the game. Having the designer and producer being the same person is an unusual way of managing a game project, but being a lean startup, we continuously rethink and rework well-established processes to find efficient ways that work fast with limited budget.

We are excited about the evolvement of immersive gaming. I think the affordable standalone VR headsets introduced recently will pave the way for more VR adoption. VR HMDs are catching up in quality and pricing slowly but surely. Introduction of ARKIT and ARCore was a great step and will make close to one billion mobile devices AR-enabled by the end of 2018.

There are various stats, but VR seems to have been growing at around 80% CAGR, and AR has gone from limited existence to a few hundred million enabled devices, and will continue to over one billion. Based on various estimations, we believe around 30% of VR and 10% of AR will be gaming, which makes both spaces very exciting. We think the VR headsets will continue to become cheaper and more comfortable, and new devices for both AR and VR will come to the market.

It's going to grow and mature. Visibility will become an even bigger challenge for innovative games from independent companies, the companies with big budgets will have a higher chance of success.

I look forward to touching base with like-minded individuals and catching up with the trends in the industry. RiseAngle, Inc. is an immersive-first game company but not an immersive-only game company, so we are interested to learn about all aspects of game industry evolvement and growth. The aspect that I am personally most interested about is storytelling. I believe games are one of the best mediums for storytelling and more specifically, the killer VR use-case will be storytelling. Game designers will find lots of new and innovative ways to tell stories through games, and I look forward to attending those sessions.