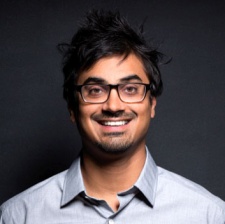 Entrepreneur and innovator, Neil Chaudhari has guided the direction and development of the San Francisco-based digital marketing agency Propane Studio since its inception in 2003.

As CEO, Neil inspires the creation of radically compelling digital experiences that leave a lasting impression. Drawing from his real-world background on behalf of globally recognized clients, Neil maintains a deeply strategic vision for his clients’ brands that extends well beyond the digital space.

Although some disagree with the very concept of tablet gaming, analysts such as Juniper Research reckon the market will be worth over $13 billion by 2019.

This highly ambitious growth will not be sustained on novelty alone, though. As we've seen from the turbulent history of mobile and social gaming companies, games built on false urgency or pure compulsion fade from our priorities quickly.

Before long, we let our crops wither and jewels go unmatched.

The growth of tablet gaming reveals massive opportunity, but it can only be sustained by impactful games demonstrating craft and strategy. The mobile games with endurance will not be the ones designed to waste time on a bus ride, but those which meet core human needs, such as mental stimulation and satisfaction. The appetite is shifting towards more intimate experiences that engage the user for longer.

As we enter into an era focused on the tablet user, here are three qualities game makers need to support to win the gaming battle.

1. Tap into the mobile mindset

Many games are built for multiple mediums. Successful games on tablet devices will take a distinct approach when crossing from stationary settings such as console to mobile.

Tablets are inherently more personal and portable than consoles, and there are unique opportunities given the mindset of the user.

For instance, the illusory puzzle game Monument Valley is designed so as the player explores the isometric world, there are deep rumble experiences and environmental clicks.

A straightforward yet rewarding game, it can be completed in a relatively short period of time compared to console games. The surprises keep the player intrigued and returning.

The classification of video games as art has long been challenged. Regardless, there is a high degree of design that cannot be marginalized, and this is especially true for tablet devices.

Tablet screen resolutions allow for more detail wherein nothing is missed. The most successful tablet games will create pleasurable and effortless experiences with pleasing visuals and well-thought-out design.

Machinarium - an enchanting adventure game - is proof of this. Its enticing and finely detailed Da Vinci-like drawings and perfectly synchronous soundtrack have won myriad awards for excellence in visual design.

Machinarium is an example of how smaller gaming shops can build a fan following with attention to detail and good design.

Make no mistake; these games are not simple art games. They sit at the intersection of design and strategy. Monument Valley, Machinarium, and a third, The Room Two, garner the ultimate success of when art meets strategy.

With first The Room, and now its sequel, this spooky puzzle box game reveals the opportunity to harken back to platform video game legacies. Users continue to return to the series for its enveloping environment.

These tablet games find the balance between investment and reward with task-based puzzles, which once completed, leave the user feeling incredibly satisfied. This is the power of puzzle games to create triggers that encourage ongoing engagement and achieving.

Game makers need to understand how the tablet fulfills theirplayer's unmet needs. The enduring tablet games are shifting away from snackable games to immersive experiences.

This emerging category of 'short epics' allows game makers to capitalize on the full game environment and close connection to the user. As tablets acquire market share and gain faster GPUs, they become not just tools for convenience or casual internet surfing, but integral components of the digital ecosystem.

Entrepreneur and innovator Neil Chaudhari has guided the direction and development of the San Francisco-based digital marketing agency Propane Studio since its inception in 2003.

As CEO, Neil inspires the creation of radically compelling digital experiences that leave a lasting impression. Drawing from his real-world background on behalf of globally recognized clients, Neil maintains a deeply strategic vision for his clients' brands that extends well beyond the digital space.