Bo Nørgaard on a maturing sector 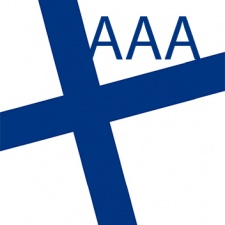 Bo Nørgaard is a Danish journalist who has recently joined the Nordic Game Bits team.

The Finnish gaming industry has always been known for its thriving mobile scene.

Even though Finland only has one triple-developer in Max Payne and Alan Wake creator Remedy, the Finnish gaming industry had a turnover of 1.8 billion euros last year.

But while companies such as Rovio and Supercell have been successful for the past years, a new wave of companies are arriving on the scene. These companies are often founded by experienced people from elsewhere in the gaming industry.

But while a lot of these experienced forces have come from companies like Remedy, it is not a sign of problems at the big developer, according to KooPee Hiltunen, director of Finnish game industry organization Neogames.

“I think that when you have been doing something long enough, at some point you want to try something new. And when you reach a certain age, you start to think that ‘If I’m going to do it, I have to do it now’,” he explains.

Stuart MacDonald is lead artist at Finnish developer PlayRaven, who are currently making Robocide, a mobile-based micro-RTS game. Having worked with triple-A developers Remedy and Rockstar, McDonald agrees that mobile offers a welcome change of pace.

“I had spent most of my time in games working on the GTA series and then as art director on Quantum Break at Remedy Entertainment, so I have been involved in mostly large 4+ years development cycles.

I wanted to experience the shorter production cycles and challenges of mobile at a company that wanted to try something different creatively.

"I wanted to experience the shorter production cycles and challenges of mobile at a company that wanted to try something different creatively,” he says.

A lot of the Finnish mobile developers, such as Applewatch exclusive developers Everywear, are so-called ‘second round startups’, meaning people who are leaving their jobs to start new companies.

And the experience from larger developers may increase these companies’ chances of survival, says KooPee Hiltunen:

“Of course, only time can tell if they will succeed, but I think that their chances are much better than for first rounders. First of all, it’s easier for secound rounders to get funding. But they also have experience from previous failures, so they don’t have to make the same mistakes again,” he says.

This experience of previous failures - and successes - is not only beneficial to the business side of the new company’s game development. The more artistic aspect can get a boost as well, according to Stuart MacDonald.

“As art director on a triple-A title you learn to put a lot of emphasis into preproduction: it's where you lay a solid foundation that helps add depth and purpose to the game’s visuals and your team’s work, and create something the player wants to immerse themselves into and invest their time in.

"Even within a smaller development a little time spent on preproduction can save a lot of time later by providing a visual compass for design changes, outsourcing, or adding content or features to the title post-launch,” he says.

At Neogames, they’re not worried about the future of the triple-A industry, despite the added competition from the mobile developers:

“I think that mobile games are becoming more like triple-A games in the sense that there is getting more depth in them. But there will always be big franchises like Call of Duty, GTA or Battlefield that are dedicated to the hardcore audiences, I think,” he says.

Stuart MacDonald of PlayRaven agrees - there is room for both mobile and triple-A titles, but the gap between the two is getting smaller, he says:

“I hear this a lot and it always feels similar to being asked “do you like TV or cinema?. I’d say no, even though mobile is a far larger market, both continue to offer unique experiences for the gamer," he says.

"That said, you can see a real drive towards higher production values in mobile, so I’m excited at seeing the gap in visual quality between the two formats narrow over the next few years,” he says.

There is no doubt that mobile gaming has come to stay - especially in Finland. And from the looks of it, there should be no problem with it staying alongside big, triple-A blockbusters.