The pitfalls of using library music: Five reasons your approach to music is wrong 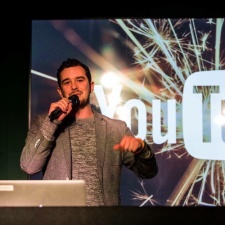 It's a fact of life that, for many indie studios in particular, there's often a limited budget available for music. You want to put as much resource as possible into creating the very best gameplay and aesthetics – and that can mean that music takes a back seat, to the detriment of the game as a whole.

This often leads studios to opt for music libraries - which can provide an easy solution if you have a limited budget. However, there are other options available (disclaimer: my company, LabelRadar, offers one such option) and a number of reasons why you maybe SHOULDN'T choose a music library…

Firstly, a question: when was the last time you heard of a game winning awards and acclaim that used library music? If you're a gamer, then you know how crucial the music of a game is in creating a truly engaging experience. Given all the time and resource investment it takes to create a video game, why would you then sell yourself short with the music you rely on for your game?

A solid soundtrack can make a good game 'great' - which makes it all the more frustrating when a developer chooses the library music route through budget restraints, lack of time, or experience.

So, if you're at the stage where you're considering the audio accompaniment to your latest release, here are five reasons why maybe you shouldn't head straight to the library.

There's a real chance that the music you've chosen is featured on other games, which again doesn't give your game that 'edge'

As with anything, if it's a stock product and free, often the quality isn't top notch. And poor audio quality can make for a very uneasy listening experience, which isn’t going to reflect well on the game itself.

A good quality piece of music not only sets the tone for the professionalism of the game as a whole, but also has the power to completely transform a player's experience of the game, helping communicate the storytelling of the game to a different level.

You have no control over where else that same track will be used, whether that's a controversial piece of content that you wouldn't want to be associated with, or another game of varying quality.

There's a real chance that the music you've chosen is featured on other games, which again doesn't give your game that 'edge'. In fact, research suggests that gamers subconsciously associate particular tracks to the games that they’re playing, creating deep emotional connections.

That's only going to happen if you choose a killer track that enhances the setting and experience offered within YOUR game, as opposed to a track that's almost bolted on as an afterthought and could be used elsewhere.

Another common problem can be the generic feel of the tracks on offer, with many consisting of the same bland production, using basic synths and often composed by someone who isn't even an expert in that genre.

If you're looking for a vibrant, attention-grabbing track that's a perfect fit for your latest game release, it's unlikely to be found trawling the mass-produced compositions on library sites for hours at a time.

Not only that, but a lot of the content on there is extremely dated and will leave your game sounding like it is stale and behind the times (and not in a charming retro kind of way).

Investing in the right music can also provide you with an additional revenue stream, of course. Owning the music not only guarantees exclusivity across any region and any gaming platform, it can be used as part of additional downloadable content, creating an even greater gaming experience and extra gaming kudos for any potential fans.

You can even consider assigning a label partner to give your soundtrack a full commercial release, allowing you to benefit from the marketing assets created which can direct further traffic to your game and expose it to new but still relevant audiences.

Music licensing can be a tricky beast at the best of times, and if it's not done correctly, it could mean that your game suffers as a direct result.

Choosing music for your game shouldn't be an afterthought, nor should the quality of music be dictated by the budget available

Navigating the rights holders and trying to move quickly whilst dealing with multiple publishers and parties can be very frustrating and expensive, so avoiding that by using library music is understandable. However, avoiding licensing headache and sourcing top quality music for your game are NOT mutually exclusive.

There are plenty of extremely talented artists out there who would jump at the chance to compose for your game or have their music immortalised within it.

Accessing artists directly also means you're able to own the actual relationship with the artist too (which isn't possible on music libraries), allowing you to benefit from marketing pushes from the artist, seek any slight edits you may require, and potentially build long-term relationships which will pay dividends on future titles.

That is why my company has always placed a strong emphasis on connecting the dots between exciting opportunities and exciting music talent – it's a win:win every time.

Choosing music for your game shouldn't be an afterthought, nor should the quality of music be dictated by the budget available. There are professional music services available now to studios of all sizes and budgets, who can provide a wide array of bespoke options for consideration, allowing studios to concentrate on making the game great - whilst knowing they have a killer soundtrack to back it up.