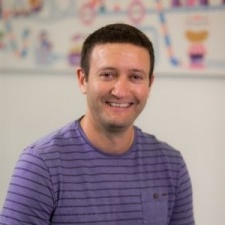 In this economic climate, casual mobile game studios find themselves in a state of uncertainty as larger fully-funded projects are delayed or frozen. Since the entertainment industry has been shaken in light of the pandemic break, the aftershock eventually reached game studios that are also dependent on entertainment IPs as a steady source of income.

This means experienced design and development teams are standing by, waiting for a green light in many projects. For these game professionals, an available and immediate business opportunity is to go hyper.

In the last couple of years, we at CrazyLabs have made this transition ourselves, from producing major casual titles (most recent being Jumanji: Epic Run) to working on numerous hyper-casual games.

This transition to hyper-casual has been rewarding in every aspect. While production time and expenses are divided by eight (8) on average, downloads and revenues surpass by far. Hyper-causal is the ultimate common ground that everyone is enjoying today - players, developers and publishers as well.

Our pivot to hyper-casual has allowed us to allocate additional resources and provide exclusive attention to hyper-casual games, since we expect this genre will continue to dominate the top charts for years to come.

Why is this the right time for mid-size casual game studios to pivot to hyper-casual?

Let's first refute the claim that it's either or. You don't need to replace your casual portfolio with hyper-casual games. The key is to adapt your business to do both. Hyper-casual is just another layer of value that can be added to your existing business, and a popular layer at that.

According to Sensor Tower, 78% of the top 20 most downloaded games released in 2019 were hyper-casual. Hyper-casual games dominate the top free charts not only in "games" but in "all categories". Today's market is driven by hyper-casual, and so it's good practice to also adapt to a 'hyper' state of mind.

However, there are also many differences:

Now, let's talk about agility. Agile methodology allows you to start off with an intention while running ongoing iterations. In the casual space it usually means to soft launch chunks of a game until you get it right. In the hyper-casual space it means that these iterations are limited in the amount of cycles you're ready to invest before you realize the concept is simply not working and isn't worth your time anymore. Measurement and success matrices are more of the same when shifting from casual to hyper-casual.

An experienced casual game studio can also relate to this production pipeline which includes:

This production loop applies to both casual and hyper-casual games. We say you already hold all the required capabilities to experiment with hyper-casual. The long term value opens you up to the possibility of not only going through one (1) Casual game cycle throughout a 12-18 months period. It means you can do 12-18 prototypes throughout one (1) year, and with this amount of prototypes you're much more likely to succeed and create a new source of revenues for your business.

Casual Vs. Hyper-Casual - what does it mean for your existing pipeline?

What does it mean from a timeline perspective?

The best case scenario: a hyper-casual smash hit that took you only weeks of work. The bottom line is you have a clear timeframe to value the costs.

But let's get realistic - you probably won't manage to "beat the system" and produce a hit in your first attempt at a hyper-casual game, so:

As a studio looking for new business, worse comes to worst, you'll spend 1-2 months evaluating a new business direction with a team of 3 people (or even less) - one game designer, one developer, one artist.

So the development skill-set isn't an obstacle (on the contrary) and, we're arguing that in this economic climate it actually makes sense to run such hyper-casual tests.

Now let's assume those hyper-casual tests show a true opportunity. Some studios have dabbled in publishing before with their own games, but chances are that with major IPs they probably didn't get a chance to hold the reins and they had to hand it over to the brand.

Even so, you can go ahead and try to publish this hyper-causal game yourself. But, most likely CPI, CTR, scale tests and large scale UA campaigns aren't your bread and butter.

Yes, in casual games you run multiple soft launch cycles, but you can't compare a proper long term soft launch to a CTR test on any level. It's like soft launch on acid. And to add to this mix, with a failing CTR test you literally throw the game away.

You don't try to save it or improve it like you do with IAP-driven games. That's a huge difference and "letting go" is an important skill when publishing hyper-casual games.

So a safe assumption is studios will need a publisher in any case to work with. The upside is that by then you already did most of the heavy lifting which is getting a game ready for tests.

Most publishers will lean-in at this time, dedicate a marketing lead and some spending budgets to test the prototype. Only if tests look positive will you be asked to continue / complete development. But by then some publishers are also offering funding, supplementing services or paying an advance against future revenues. So your risk at this point is basically reduced to zero!

If the game passes the tests - you get monetary reward from the publisher. If the game fails - you chuck it. You still only spent a couple of weeks worth of work.

Let's summarize the business parameters to validate our recommendation to 'go hyper':

Schedule - even if you have some ongoing projects in the pipeline, green lights for new projects aren't expected very soon. Find the gaps between projects and fill in the time with hyper-casual. If you do end up turning your first hyper-casual game to a mega hit, chances are you would be excited to continue allocating resources to support it.

Adapt - to short-term low-risk methodology for the chance of bigger uncapped rewards. Yes, this isn't a fully WFH recoupable guaranteed budget, but the investment required on your part isn't as pricey either. 3 people (or less) for a few weeks. That's it, and that's the worst case scenario in case you "fail" (there is an argument to be made about the learning curve here as well, but that's a different discussion) .

Added value: a palate cleanser - use hyper-casual prototypes as a way for your game designers and artists to experiment with crazy prototypes, the kind that's far from "serious games" with meta game and complex monetization. Are you familiar with the phrase "there's probably an app for that"? Well, when it comes to hyper-casual, there's probably an audience for that. Every digital trend from Tik Tok / Snapchat / Instagram / WeChat is a valid starting point for a hyper-casual game.

Going agile, going lean - nowadays more than ever you should make sure you adapt quickly and act fast. Hyper-casual is exactly the right genre to polish those skills. Prototype for a couple of days, run a CPI/CTR test (alone or with a publisher). Results aren't good? Throw it away. Yes, you lost a week's work. But hey, you ONLY lost a week's work. Wouldn't it be more painful if the project you worked on for a year doesn't manage to bring you users?

Bottom line: Going hyper doesn't mean you have to give up casual. Try it out in your spare time (which we argue you have). It can turn out to be a rewarding time-filler and a very pleasing surprise.