Kalle and Erno from Gamerefinery dig into the global RPG sensation 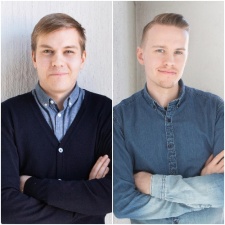 Every once in a while, a new game comes along that pushes the boundaries of what mobile games are capable of.

Genshin Impact is one of those titles.

It’s yet another example that blurs the line between “HD” gaming and mobile - Genshin Impact looks amazing, tells a compelling story and, most importantly, dares to cast core gameplay into a central role. Many have compared Genshin Impact to Nintendo’s Zelda series, especially with its most current incarnation, Breath of the Wild.

Both games share common elements when it comes to the art style and open-world mechanics, but there are also some key differences. For example, Genshin Impact’s character design leans more towards the anime-waifu side of the spectrum, and the main quest/narrative design is more linear.

To try and explain why the title has been such a runaway mobile hit, we took a look at its core design mechanics and overall performance to understand why it’s monetising so well. We also analysed other successful titles in the mobile RPG genre to identify ways that Genshin Impact can add more features to retain and monetise its loyal players.

Genshin Impact was launched in late September for mobile, PC and PS4 to huge success, reaching top 10 grossing positions in all major markets. In the US, Japan and China, the game has already generated more than $30M on iOS alone, and miHoYo has, allegedly, already offset Genshin Impact’s development costs of $100M.

And the best core gameplay award goes to...

It’s remarkable how much thought has been put into Genshin Impact’s core gameplay to make it a vocal part of the experience. Quest design is excellent and offers a lot of variety with puzzles, flying tasks, and even sneaking missions. The open-world has been crafted with care too; often when set out on a quest, we found ourselves spotting exciting stuff along the way and getting sidetracked.

The core loop is the classic RPG loop where players:

The combat layer is spiced up with the use of elemental affinities. See enemies hanging out in the water? Freeze them with your cryo character. Encounter ice monsters? Have a barbeque with your pyro. Players can switch characters on the fly to choose the best approach to each enemy type and environment. Elemental affinities are also utilised in puzzle design.

It’s also worth mentioning that Genshin Impact doesn’t have any level of core gameplay automation. It’s not even possible to skip cutscenes. This is rather interesting considering some of the trends in mobile RPG design, such as the rise of idle-RPGs. Also, in specific markets such as China, Genshin Impact is one of the only top grossing RPGs without core automation.

The main story and side quests in the open world can get you only so far. To provide horizontal content and ways to grind those sweet upgrades for your characters, there are also several different types of game modes/activities that players can participate in on top of the open-world questing/exploring. These include world bosses, domain & spiral corridors (types of dungeons) and more.

Looking at Genshin Impact’s meta-layer, however, it’s quite a traditional action RPG meta. Players collect characters, upgrade/level them up in several different ways and equip them with better and better gear.

Genshin Impact is a fascinating case when it comes to monetisation. Players can play the game quite freely for a very long time without even realising the possibility of using real money. So it definitely goes with engagement first, monetisation strategy second.

Genshin Impact primarily uses gachas (Wishes) that players use to acquire characters and weapons. Gachas come in the form of ordinary gachas and limited time “featured” gachas that have a higher chance of providing players with certain characters and weapons. To purchase gachas, players can either buy the required currency with real money, earn them via the game’s Battle Pass or through currency accumulated through the player’s account level.

miHoYo has added depth to the Gacha system by introducing a duplicate economy where players can receive duplicates of characters and use them to upgrade characters and weapons. When receiving copies, players are also rewarded specific currencies (Starglitter/Stardust) on top of the duplicate characters/weapons. Players can then use these currencies for direct purchases of particular weapons or characters in the store.

Interestingly enough, Genshin Impact introduced its Battle Pass very late into the game, requiring up to 15-25 hours of gameplay for players to reach the required level. This is also unusual as we’ve already written here about how popular Battle Passes have become in mobile games and that they’re a crucial monetisation mechanism that’s offered early on in the player experience.

The Genshin Impact Battle Pass rewards players with XP items for characters/weapons, gacha currencies AND as a carrot for purchasing the pass, there are unique weapons that are only available through the Battle Pass.

In addition to Gachas and the Battle Pass Genshin Impact monetises by providing players with options to purchase bundles that provide them with items, currency and characters/weapons. Players can also buy Energy (also available via a currency subscription) which they’ll need to complete certain world activities.

How Genshin Impact can go even further

Genshin Impact is ticking many of the boxes that go into making a good video game. But how well will it perform in the F2P mobile space in the long run, where player retention is a product’s lifeline?

There is no doubt miHoYo has lots of exciting content planned for Genshin Impact, including the continuation of the main storyline. However, we have analysed other winning titles in the RPG genre in terms of profitable features and player motivation to give some more ideas that we feel could boost the game’s feature set, and success, even further:

Publisher miHoYo has put a lot of effort into building its world/IP to flesh out the characters players collect so that they feel more connected to them. Adding a more robust cosmetic layer to provide more customisation possibilities to a player’s favourite heroes would add even greater value. We can see that Hero collection games with well-crafted characters, such as the Seven Deadly Sins offer ample opportunities for monetising vanity items such as character skins. Fortnite also monetised skins very well until its removal from the App Store.

Many RPG gamers are fans of the genre because it provides a platform to socialise on. The addition of guild mechanics inside Genshin Impact would create social engagement triggers and provide a solid backbone to add other guild related features, such as guild tasks.

Adding competitive elements, most notably PvP, would engage the Genshin Impact player segment that’s motivated by competing against other players. You can see how big a motivation competition is for this group of gamers in the following chart which analysis the top player motivations for RPG mobile games.

Of course, as we’re talking about an RPG game with power progression, PvP needs to be carefully implemented, and there might be plenty of balancing issues, but as the core gameplay is so lovingly crafted it would be great to see and experience PvP combat with it.

Also, developing the co-op feature further by implementing it in more game modes and quest lines might boost its attractiveness.

A frequent live event cadence is a must these days to ensure long-lasting top-grossing success. Hopefully, we can expect to see a variety of events coming to Genshin Impact such as seasonal & recurring events, bundle offers, exclusive event content etc. Maybe even a crossover event with the Honkai Impact franchise…?

Genshin Impact is getting some things very right on mobile. That said, the fact that some of the game’s core competencies revolve around graphical fidelity and the core gameplay experience presents some risks. Namely, whether players who are in it for the narrative or exploration mechanics stick around after the novelty of gameplay wears off or when credits start rolling on screen? How the game develops in the coming weeks and months will tell us if Genshin Impact is a passing novelty or a F2P mobile game that’s really in it for the long-term.