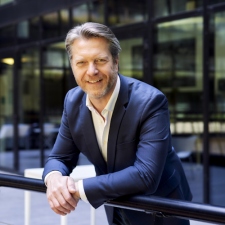 Working in the video games industry for 25 years, with a strong expertise in Cloud gaming.
Indeed, in November 2015, I founded Gamestream, a new player in the cloud gaming industry, and now the Worldwide B2B leader. Gamestream offers an alternative cloud gaming service to Telcos, Hospitality and video game publishers, with the most multi-device and qualitative streaming experience :)

Ivan Lebeau is the founder and president of GameStream.

At first glance, you might even conclude the pair could never have overlapping interests. But with this nascent technology lies unprecedented opportunities for the mobile gaming industry. In fact, despite its relative infancy, it’s predicted that cloud gaming could represent as much as half of 5G data traffic from as early as 2022.

While the sheer size of mobile gaming dominates the global games market, powerful console and PC hardware continues to be the standard for fast, uninterrupted and graphically spectacular gaming. With its potential to democratise console-quality gaming by effectively putting the processing power of a top-line PC in any device, cloud gaming represents the most compelling alternative to these traditional hardware platform ecosystems.

We know, too, that hundreds of millions of mobile devices globally are not powerful enough to run mobile-designed and optimised games downloaded from app stores such as Google Play. Yet they do have the capacity to stream those same titles with the support of cloud gaming.

It might be natural to assume that as purchasing power in developing countries increases and smartphone manufacturers cram ever more processing power into devices, these owners will at some point upgrade. Yet, with initiatives such as Eco-Rating, manufacturers are showing an awareness of the need to create greener, less polluting devices - with lower computing capability across the board.

What does this mean for traditional mobile publishers? Opportunity. While we are beginning to see triple-A IPs optimised for mobile, cloud gaming is likewise an opportunity for mobile publishers to find new homes for their content, take their games to the big screen and open up vast, untapped markets and revenue streams.

Breaking out of the app stores

While mobile gaming is often perceived as limited to hypercasual and casual games, there’s an incredible wealth of mid/hardcore mobile gaming content that’s locked into iOS and Android ecosystems - many of which are top-shelf mobile games that would flourish on, say, a smart TV and connected controller.

For mobile developers and publishers - especially those with per-user pricing models - this is bad news. If games are restricted to Apple’s App Store or Google Play, then it becomes impossible for mobile players to also play on other devices they own.

Plans are underway for FairPlay Studios’ Fallen Knight, for example, to be translated from Apple Arcade to new-gen consoles. TeamTO Games’ Angelo Skate Away went one step further (starting on mobile), being adapted for PC and finally licensed to Gamestream’s cloud gaming catalogue. We’ve also seen games such as MiHoYo’s Genshin Impact be released cross-platform from day one, including Android, iOS PS4 and PC.

However stunning these success stories are: they’re not the ultimate goal. They still offer different experiences based on your hardware, memory and processing power. They still require working to multiple development standards to fit the requirements and often limitations of that hardware and those platforms. In many cases, they’ll involve multiple downloads and updates - for example, when upgrading your mobile device.

By working with cloud gaming services in mind from the very beginning, rather than tailoring games for the specificities of each traditional platform, devs can work to a single standard and pass the benefits of cloud gaming to their players. Namely, multi-device compatibility without loss of experience, no downloads, no individual purchases of games and, crucially, no difference in player experience based on the hardware they can afford.

Mobile studios need greater options to keep good content alive by freeing it from the hoop-jumping of the major app stores.

In 2016, Sensor Tower reported 631,091 players were available on Apple's App Store. But in that same year, mobile games accounted for 19 per cent of abandoned apps on the store, making it the leading category in that respect.

Despite being cleaned up once every few years, the App and Google Play stores are rife with games that haven't received updates in three plus years. Why? Many factors contribute to this, but one major reason is the significant cost required to update their game's architecture to Google/Apple's constantly changing OS.

Mobile studios need greater options to keep good content alive by freeing it from the hoop-jumping of the major app stores. For a fraction of what it would cost to update or rewrite their games, indie studios can license their content to a cloud gaming provider and see their game be enjoyed on multiple platforms and devices with, in many cases, boosted graphics and frames-per-second (FPS).

The cloud gaming market is projected to grow to $5 billion over the next five years. With mobile game users spending an average of 4.5 hours daily on their phones, now is the time for the media to catch up to the rich experience delivered by consoles and rival platforms.

While mobile storage, screen resolution and graphics processing units (GPUs) have all improved in leaps and bounds over the past decade, making mobile games more immersive than ever before, impressive hardware is often unaffordable and no guarantee of a great gaming experience. This is the case even in the PC world. Cyberpunk 2077 was pretty much unplayable on next-gen consoles, but it worked perfectly on cloud gaming platforms.

In any industry worth its salt, the principle ‘the customer is always right’ reigns supreme. Mobile games shouldn’t be any different. Now more than ever, mobile game users don’t just want games – they want access to console-quality games, on any device, whenever. This should be reason enough for mobile game publishers to adopt cloud gaming.

Best-selling games like Call of Duty: Mobile have seen a steep increase in the installations of Android emulators on PC. But should this come as any surprise? One of the key reasons why mobile games have been popular in recent years lies in the extensive range of mobile devices they support. Of course, this hasn’t changed. But rather than limit themselves to smartphones with capped battery lives and frames-per-second, mobile players now choose to go beyond ‘mobile’.

Mobile games are often criticised for their dependence on intrusive ads and in-app purchases (IAP) for revenue generation. Lucrative ad formats such as rewarded video have become the norm, despite 86 per cent of players finding them annoying.

There is a strong argument that mobile game users prefer fluid gameplay that isn’t interrupted, which is the norm in cloud gaming. Through a familiar subscription model and other appropriate monetisation, mobile publishers can look to discard the one feature that repels users rather than attracts them.

It should be noted that cloud gaming doesn’t always mean no ads. Just as Netflix differs in model from CBS, monetisation models can vary. For example, game publishers can take a hint from the movie-streaming platforms and adopt their popular subscription video on demand (SVoD) model, thereby offering mobile gaming content in exchange for paid subscriptions.

Alternatively, the ad-based video on demand (AVoD) model can be used to create freemium cloud gaming models that are monetised with ads.

But it isn’t just about meeting consumer demands alone. The art of business suggests cloud gaming is the most economically viable option for any publisher looking to turn a profit. Why else would Xbox’s Game Pass record 18 million subscribers in four short years, whereas Xbox Live took almost twice as long to reach that same number?

For one thing, implementing cloud technology can enable mobile game developers and publishers to reach a much larger audience of players. With the cloud as an ally, mobile games would be able to scale with unprecedented ease, albeit with extensive game streaming infrastructure.

From video on demand to gaming on demand

The concept of video game brands offering cloud gaming solutions has just taken off. Games developers and publishers can utilise cloud gaming technology, for example by using a white-labelled technology solution from the likes of Gamestream or Stadia, to launch a direct-to-consumer cloud gaming publisher strategy. Much like what Disney Plus has done with its incredibly successful VoD strategy, which has resulted in increased brand affinity for Disney across millions of screens at home and on the move.

By having their own branded cloud gaming solution, publishers can use this channel to increase community engagement. Ubisoft is one example of a publisher which is beginning to embrace self-publishing via cloud streaming, with its cloud gaming solution Ubisoft Plus offering. It's currently in beta for its US subscriber base, providing access to select Ubisoft games via the Luna and Google Stadia cloud gaming platforms.

Overall, there are tremendous incentives for mobile game publishers to bring their existing content to other platforms - not by re-making it in the image of each one - but in a universally high-quality format via cloud gaming.

More revenue and larger audiences are the obvious rewards, but the ultimate prize for mobile publishers is to be one of the pioneers of making mobile IP not just multi-device, but truly multi-platform, and accessible for all - regardless of the hardware they can afford.