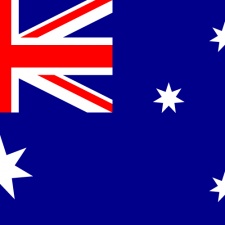 A new study published by data.ai has broken down the Australian mobile market, breaking down the country’s mobile usage.

Gaming emerged as the most popular app category for the period, however it wasn’t highlighted in the report.

Installs in the entertainment category bounced up slightly in Q1, following a slight but noticeable decline since the same period in 2021. However, engagement has increased steadily month-to-month, showing that the return to normalcy following the easing of lockdown restrictions hasn’t affected the appetite for video and audio apps.

Despite this, time spent on mobile devices has fallen in all age groups. People aged 16-24 are spending the most on their phones, at around three hours per day – compared to around four hours in Q1 2021 – while the 55-64 age group spend around 30 minute a day on their devices. The 35-44 age group has seen the steepest decline, falling almost 50 per cent from three hours to around 90 minutes year-on-year.

Despite this, pandemic-induced growth in time spent on apps on Android devices continues to grow. Q1 saw an average of 4.6 hours spent on apps across demographics – an increase of an hour compared to the same period in 2020.

Despite the high engagement, retention is notably low in the country. The average entertainment app loses close to 75 per cent of users within three days, which rises to around 82 per cent within thirty days.

The report notes that this can be attributed, in part, to users trying out many apps and deciding which ones to keep using within the initial period. 63.8 per cent of Australian households subscribe to at least one streaming platform.

Netflix subscriptions are held by 80 per cent of these households, making it the most popular streaming platform, followed by Amazon Prime and Disney+ at 32 per cent and 31 per cent, respectively.

Shopping apps also saw a high monthly active usage, with a 17 per cent increase compared to the same period in 2021 across the top 100 shopping apps. This boom could signify a positive economy, as people return to work and as such have more disposable income.

Marketplaces, such as Amazon and Etsy, account for 60 per cent of shopping app usage, however these apps have seen growth of just 2 per cent year-on-year. Fashion and grocery apps, meanwhile, are driving 71 per cent of the growth seen this year across the category.

Although gaming apps aren't highlighted in the report, the mobile gaming market's ranking as the number one most popular category of apps speaks to the strength of the market. Data.ai predict mobile gaming will exceed 60 per cent of the gaming market by the end of the year.