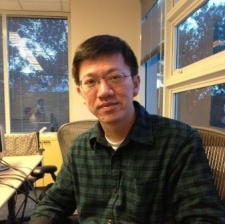 Unity has announced its plans to commence operations in China, and already the move has attracted investments from some of the country's biggest names in tech.

Alibaba, China Mobile, miHoYo, and ByteDance subsidiary Douyin Group are just some of the businesses that have invested in the new venture, resulting in an initial post-money valuation of $1 billion dollars. This venture sees Unity’s China-based Create Solutions and Gaming Services businesses transferred to the newly formed Unity China.

Unity China will build customized local versions of its core products, including its flagship product, Unity Editor. The company will also be the exclusive local reseller for the company’s catalog of services and products.

What's next for Unity?

However, Unity Ads will not be included in this venture, and will continue to be managed by Unity’s global team.

Unity will maintain majority ownership and control of Unity China, which will be overseen by a board of directors composed of executives and major investors. The venture will be led by Unity’s current general manager for Greater China, Junbo Zhang, who will take the role of president and CEO of Unity China. Unity will continue to incorporate Unity China into its financial results.

Of course, the elephant in the room is the current battle royale between Unity, Applovin, and ironSource. Following Unity’s planned merger with the latter, Applovin made its own offer to acquire Unity last week. At present, we don’t know how Applovin’s offer could affect the future of Unity China – or vice versa – but we’ll be reporting on any developments on that front as and when they come in.

Last year, both miHoYo and ByteDance were aming our list of the top 50 mobile game makers. We'll be releasing our list for this year later this month.