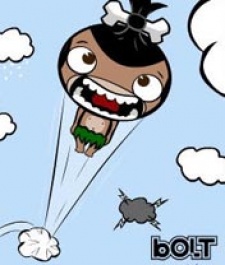 July 29th, 2009 - 09:00am
By Jon Jordan, Contributing Editor
Regular updates don't work for all games, but the notable example of Pocket God demonstrates how the weekly drip drip drip of small amounts of additional content can keep your game current for months - it launched in March 2009.

For most games though, once you get beyond adding some extra levels and items, bug fixes, control tweaks, and obvious feedback requests - at most three updates - the question is Where next?

Certainly getting to Pocket God's level of more than 20 updates requires a lot of forethought, as well as a game that's inherently structured to seamlessly absorb new items and features.

Frankly, it's going to be the exception that proves the rule.

However the interaction between the Bolt Creative, the developers of Pocket God, Imangi Studios (Harbor Master), and Lima Sky (Doodle Jump) demonstrates another neat way of sharing the love.

Episode 22 of Pocket God introduced Ooga Jump, which spliced the gameplay of Doodle Jump, letting you take your pygmies to the air by bouncing them on clouds, in the same way you bounce on platforms in Doodle Jump.

Similarly, the next update to Harbor Master - episode 4, Pocket God Attacks! - will include the pygmy characters from Pocket God.

And the next episode of Pocket God - Bait Master - is expected to have a return homage to Harbor Master.

Of course, these three games are very popular so this love-in mash-up is happening between titles of a similar rank, but it will be interesting to see if this swapping of characters and features continues more widely and with games of differing status.

After all, the Sonic & Mario at the Olympics series developed by Sega and published by Nintendo has been massively popular on DS and Wii, selling over 10 million units.

And, if nothing else, its a brilliant way of cross-marketing your games that's both cheap and excites your core fanbase.

So next up, Resident Evil Bound in which you have to wrap zombies in razor wire to the soothing sounds of Metallica? Maybe not...